Michelin to reduce production in Valladolid 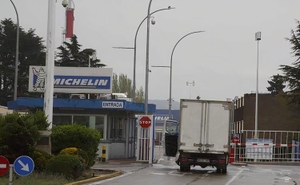 The semiconductor crisis hitting the automotive industry has also affected component suppliers, including tire companies such as Michelin. Michelin previously announced the reduction of work shifts at the plant in Vitoria, and now it became known that production will be reduced at another company in Spain - in Valladolid. In November, the plant will reduce production by 60-70 thousand passenger tires, which will affect 400 employees out of 1,700 people working at the enterprise.

“The question is that you have to work less in order to work in general,” said Octavio Alvaro, a spokesman for the Comisiones Obreras union, who also noted that in 2013 it was agreed with the Michelin management that the work schedule could change depending on market situation, and reduction of shifts is a foreseen internal measure.

A Michelin spokesman, quoted by El Norte de Castilla, noted that the company has to operate in an environment of "absolute uncertainty": "In addition to semiconductors, there is a shortage of other commodities, and no one knows how long the crisis will last or how the situation might change."