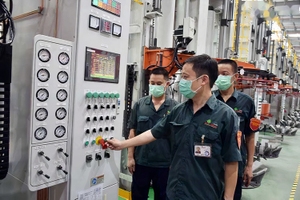 ZC Rubber completes the next phase of expansion of its plant in Rayong, Thailand. The work began in December 2019, and the plant's capacity will be increased by 5 million passenger cars and 1.2 million truck tires, and will total 20 million tires per year.

On October 30, the first passenger car tire was manufactured on the new production line, which was visually inspected by Gao Ke, deputy general manager of the plant, and confirmed to be free from defects.

As noted in the company, "the successful implementation of the project to expand the plant in Thailand will begin a new stage in the development of the enterprise, whose production resources will continue to improve and grow."

The ZC Rubber plant in Thailand opened in 2015 with an initial capacity of 5 million tires per year. Upon completion of the new stage of expansion, the total investment will rise to $ 800 million.